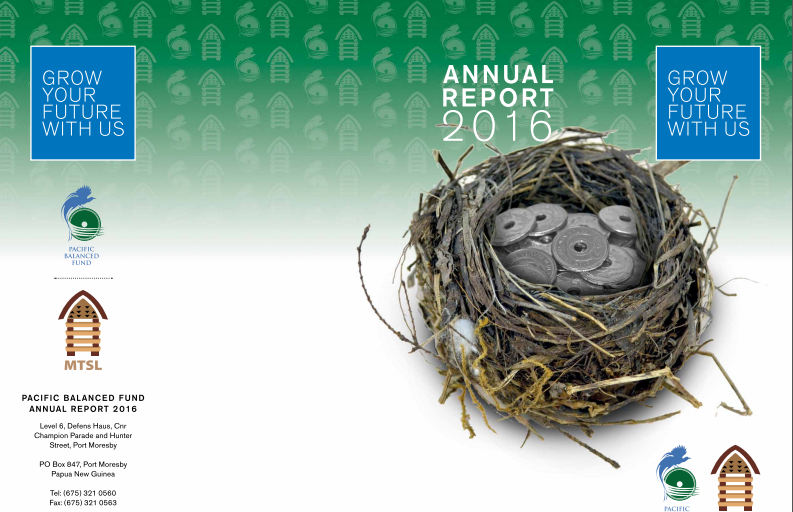 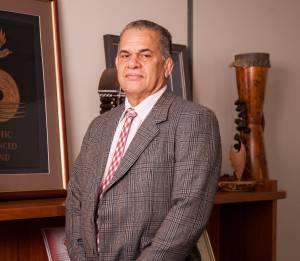 Once again it is my pleasure to be able to present an annual report. This is one of our more pleasant obligations to the 20,000 unit holders in the Pacific Balanced Fund who look forward to receiving regular updates and information on the performance of their
Fund.

Years of consistent growth.
Over a decade and a half investors have seen the fund dramatically recover its value. From a total value of only K75 million in 2002 we, along with the companies in which we maintained shareholding in trust for PBF, have guided the value back to a position of impressive strength. The net assets of the Fund are nearly 7 times their value in 2002.

After such strong growth, the results for 2016 have shown a write down devaluation brought about by a number of factors beyond our control. These include but are not limited to an increased country risk from
25% in 2015 to 30% in 2016, EBITDA multiples increases, and a general devaluation of blue-chip, dominated by our two larger portfolios in Trukai and Ela Motors have seen significant reductions in their
valuations due to associated business conditions. These factors largely contributed to the devaluation of the entire PBF Portfolio from a high of K616 million in net assets in 2015 to 2016 net assets of K494 million. A slump, even though it comes after 15 years of remarkable growth, is a reminder of the difficult environment we operate within and similar trends have been felt right across Papua New Guinea. However, our board and management are confident that we are well on the way to recovery, with significant new investments already fueling improved income generation in 2017.

During 2016, we saw more of the results of the years of growth begin to reach many more of our unit holders. K40m has been declared for distribution to unit holders for the years 2003 to 2015. We wanted to make sure that payments to verified unit holders were made more efficiently. With the introduction of electronic transfers to unit holders’ accounts we have been able to dramatically improve the efficiency of paying distributions. It has been encouraging to hear back from so many unit holders how pleased they are to receive dividends
at all and to find these paid directly to their bank accounts.

After 40 years as a shareholder of Associated Mills Limited (AML) the PBF shareholding was sold during 2016. This followed fundamental changes to revenue prospects resulting from the sale of its major
shareholder, Goodman Fielder to two companies in Asia, Wilmar International and First Pacific. MTSL, in trust for PBF, sold the shares leaving Goodman Fielder as the sole owner of the company. Although
it was disappointing to move away from AML the sale brought other opportunities for PBF to invest.
PBF Properties:

A wholly owned PBF subsidiary beginning to make inroads into the property market, PBF Properties began growing its property portfolio with emphasis on long term leasing arrangements with major commercial businesses. This has seen the purchase of industrial, commercial, retail and residential assets around the country.

After several years of restoration work this major PBF subsidiary is about to recommence its important role in the metals trade, with key personnel due to take up their positions. This is another important asset of PBF and we look forward to it becoming an active contributor to the incomes of Unit Holders in the very near future. In examining these financial statements I would encourage Unit Holders to take particular note of the significant reduction in Net Assets but see these in the light of 14 years growth and new investments expected to begin to show returns in 2017 and beyond.